journey to the end of the line

Studying at uni has afforded me the luxury of working-class travel on Melbourne’s suburban rail network. Growing up within arm’s reach of both school and the shops (thanks to access to a personal taxi service: my parents), I’ve never had to rely on public transport. There were only a few exceptions – occasional trips to the city for Dad’s Christmas work parties, or visiting the aquarium, zoo or museum with my family.

Due to Swinburne University’s Hawthorn campus surrounding Glenferrie Station and living on the wrong end of the Monash Freeway, ‘train-ing’ to uni every day seemed like the obvious choice – especially with a concession Myki. As of January 2022, my round-trip to uni consists of two 90-minute walks followed by the bus and train, costing just $4.60. Early on, I discovered a second advantage: if I’m already paying under $5 every day to go to uni, why don’t I use my Myki to explore Greater Melbourne for, essentially, free?

Over my six years at Swinburne, I’ve grasped the opportunity to take a train towards the end of every electrified line, just to explore and see what’s there. From the forested Hurstbridge and Belgrave stations to beachside Sandringham and Williamstown stations, Melbourne’s diverse landscape and towns are readily accessible by public transport with each line hosting its own distinct charms. It was always a pleasure to take an afternoon to explore and see what was there.

In my most recent adventure, I spent a cool, summer day travelling to the end of all 15 electrified train lines in Melbourne – within 24 hours. I followed a planned route that had me span Metro Trains, SmartBuses, local buses, trams, and even a V/Line train, accompanied with a little bit of walking (and some running!).

With my recently acquired knowledge of each end-of-line station, I have put together some ideas for your next cheap, daily excursion:

The leafy, Northern suburb of Hurstbrdige. It’s a quiet place filled with farmland and a park that has a Veteran’s monument. You can find a shopping strip along the main street selling refreshments, but I would call this the ideal space to read a book – or the latest edition of swine magazine! 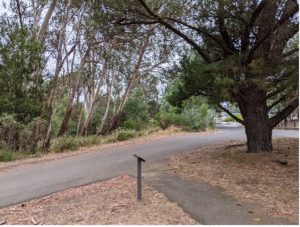 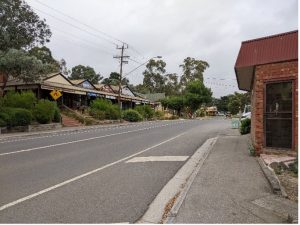 Lilydale Station has recently been rebuilt as part of the Level Crossing Removal Project, and it stands out from the surrounds. The old station building is currently being refurbished as part of the new station forecourt. In the meantime, you can check out the local shops that surround Maroondah Highway, or if you’re feeling adventurous, go on a long walk along the rail trails and creek trails that take you to the surrounding Yarra Valley destinations like Healesville, Coldstream, and the Dandenong Ranges. 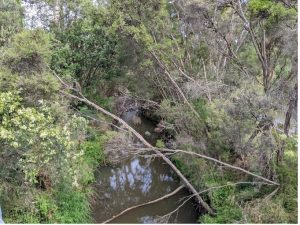 They don’t make beaches like these ones: a small trot down from the cliff face to the water, before you reach what feels like a secluded space for a swim. Even if you’re not a fan of sand, you can walk or cycle along the coastal shared path connecting Webb Dock into the city, all the way down to Parkdale. Just make sure to keep an eye on the path while you’re fawning over the view! 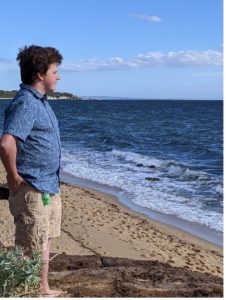 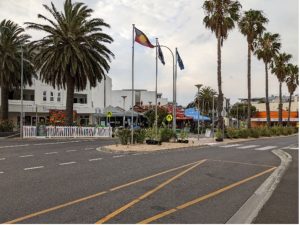 A station home to the serenity of the shores of Port Phillip Bay, you can smell the salty sea breeze and feel the cool winds from the nearby ocean. While it’s not the best place for a swim, watching the view on the grass of Point Gellibrand Coastal Heritage Park is ideal for meditation and relaxation. You’re welcome to bring along a picnic basket or take a short walk to the nearby botanical gardens and embrace the Australian past time of fish and chips by the sea, watching the ships go by. 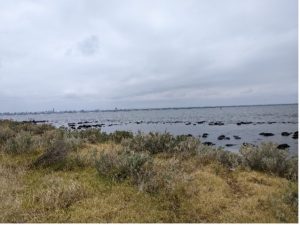 The heart of multi-cultural shopping and cuisine, at least for an end-of-line station! You won’t be disappointed by the countless options for food and drink. To top it off, The Glen Shopping Centre is nearby for your shopping needs, and on the other side, Village Cinemas Century City for your screen entertainment. 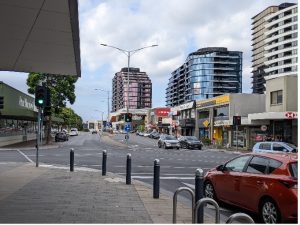 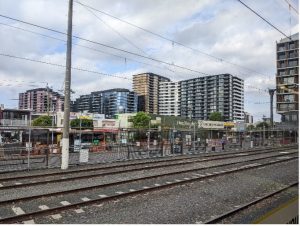 Have you got a favourite destination, a train ride away? Or, perhaps you are inspired to find your own spot on Melbourne’s train network? If you’re feeling adventurous, why not take the challenge up yourself and see how far you can go in 24 hours? Or, go and check out the regional destinations Victoria has to offer via V/Line.