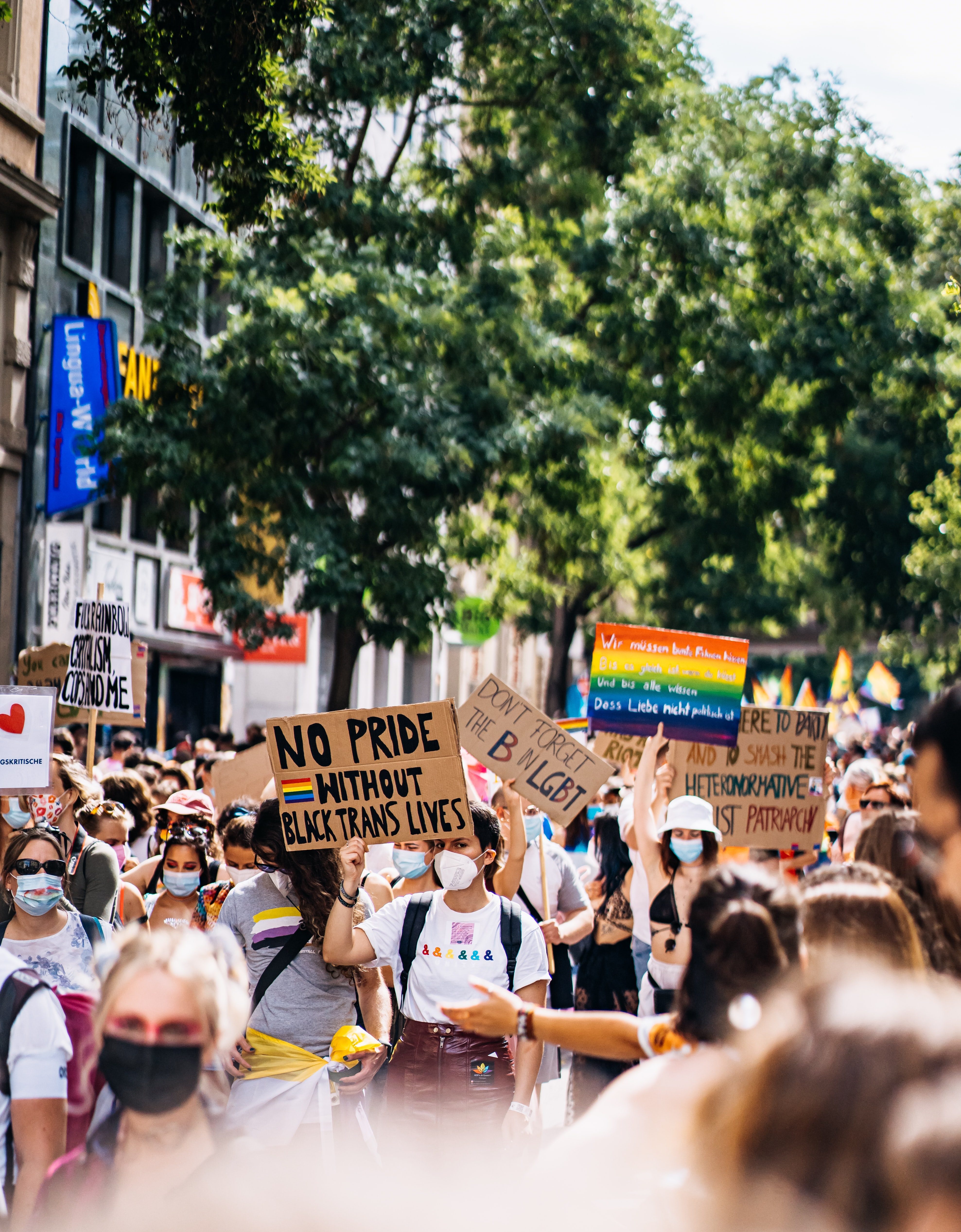 This piece originally appeared in the Identity issue of SWINE Magazine

I get asked every so often whether pride events are still important.

Do we still need to celebrate being queer?

When I hear these types of questions, I think about all the pride events I have attended and what they meant for me….the most recent being Midsumma Pride March, held on the 23rd of May, 2021.

The march was a great event which ended up having around 8000 marchers from about 240 groups and a couple of hundred spectators. As one of the marchers at the event, it was amazing to attend – especially after the wild year that was 2020. Being part of the march, you can feel the love and support that exists, and for a moment you forget about the rest of society and just focus on the fact that there are other people like you with similar experiences. When you live in a society that is run by rich cis white men, a society that doesn’t understand you or your experiences, being in an environment that makes you feel included and a part of society is a huge thing. Pride events are a celebration, but they still act as a form of protest against a society that doesn’t accept us.

This is what pride has always been about. Queer people fighting for equal rights and acceptance in a society that doesn’t understand us. That fight isn’t over but also, sadly, we have our own problems accepting others, which continue to persist in the queer community (as in the community more broadly), including racism, gate-keeping of queer identities, and ableism. These things work to further isolate queer people who don’t fit into the more widely understood boxes of queerness or who aren’t cis or white, and who don’t have disabilities. These are issues that the community needs to work on.

I love being part of the queer community, however at times I am ashamed by the behaviours of some of its members. Instead of letting this dishearten me though, I see it as on opportunity to become better informed and then pass on that knowledge – something I work towards in my role as the SSU Queer Representative. I try to pass on knowledge about our history to those who are new to the community or want to become better allies. I also work towards finding out how we can better assist those who are marginalised within the community.

All of us deserve to feel safe and accepted for all elements of our identity. While we continue to fight for acceptance and recognition from wider society, it’s also important for those of us who understand what it’s like to be excluded, to ensure that we don’t continue to perpetuate those feelings of erasure or exclusion in our own communities.

Photo by Raphael Renter on Unsplash