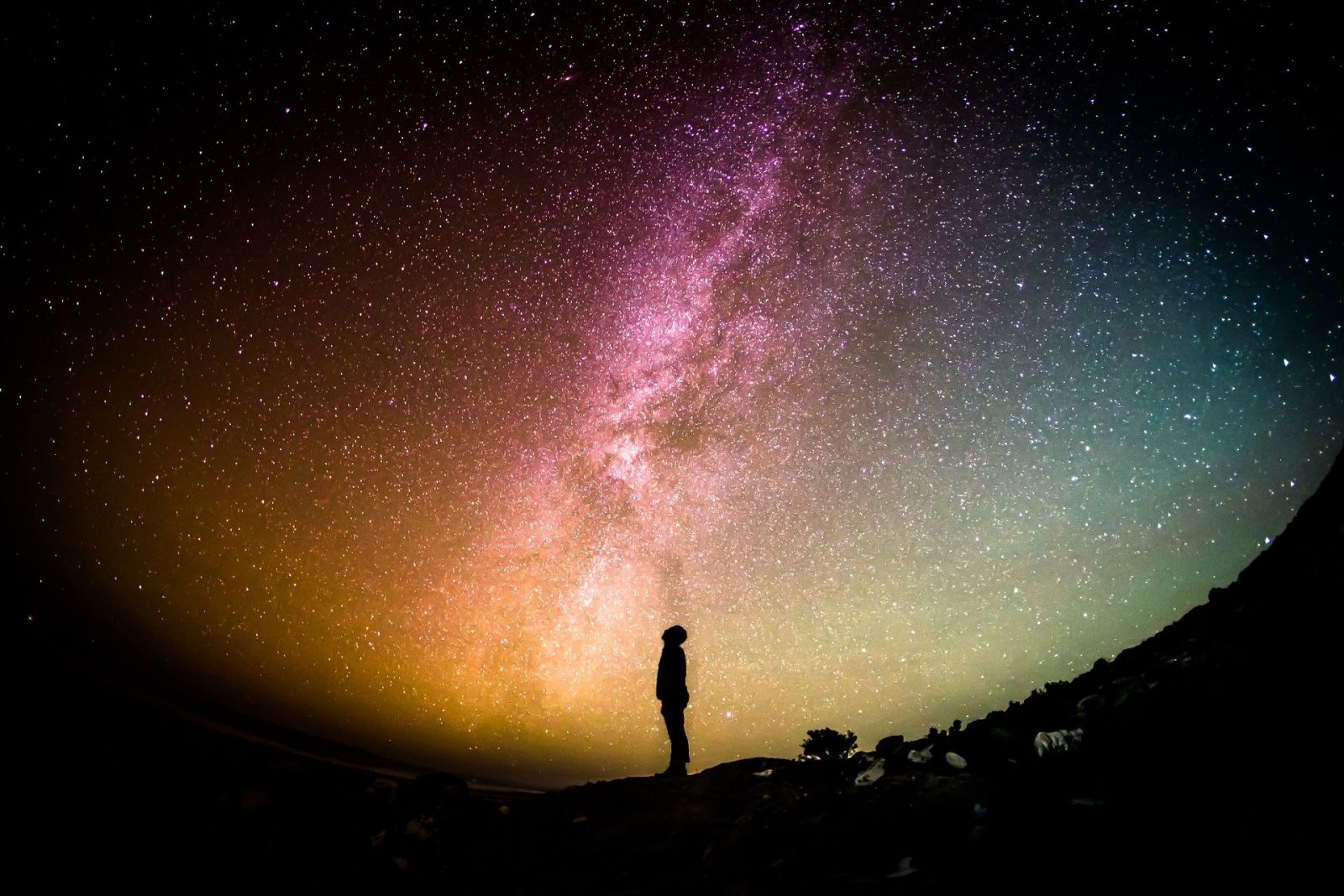 ‘A Basic Guide to Vemia’s Zodiac’

Finch smiled tightly at ‘lady’ but took the book with a nod, wishing his voice were deep enough to correct her without any confusion. He made his way to an empty table in the library and opened the book. He flicked past the author’s note and introduction, wanting to read the interesting stuff first.

Originally referred to as Nymphacanis (meaning fey or faerie dog), the name of this constellation was changed in 572AW, when research was conducted on the Blink Dog and it became better understood amongst scholars. The Blink Dog is a creature from the Fey Wilds, with teleportation abilities over short distances on our material plane, though scholars believe these limitations are not present on its home plane. Its short and rapid jumps through space are what earned the creature its name: Blink Dog.

Finch didn’t know that a constellation’s name could change. He had just assumed it was something that was stuck that way forever. Finch smiled as he moved to the next paragraph. If something as big and important as the constellations could change names, and the whole world learned to adjust, then a human changing their name should be no problem.

Those born under Ictu Canum are said to be energetic and fast-paced, and their attention can be split between many things at once. Because of this, some can struggle with staying committed to one task for a long period of time and can get bored easily when new ideas and challenges are not constantly presented. However, Ictu Canums can find desires and passions that they do not lose focus on, especially when they are surrounded by people and environments that make them feel at their most comfortable and creative. This untapped potential mimics the Blink Dog’s unlimited abilities within its home plane.

Like Blink Dogs, those born under this sign are very loyal and make amazing friends and partners once their trust has been earned. They give themselves wholeheartedly to those they love, sometimes to a fault, forgetting to care about themselves and their personal needs. Although a very sociable sign, it is important that Ictu Canums find worth in themselves and their own company. Practicing self-care and understanding their own needs (and not just the needs of others), is something Ictu Canums need to be vigilant in.

Finch’s friend, Alix was an Ictu Canum, and he figured the information was pretty accurate when he thought about it. Alix really struggled to stay focused at the academy, but when she was in her art studio, she could stay for hours making amazing paintings. They were masterpieces! Finch wished he had something like that he was as passionate about. He was definitely interested in astronomy and astrology, but he figured there wasn’t really anything he could do. He felt like so much had already been discovered. He would always be behind.

Astronomer Tallis Luxer sorted this Dragon sign into the Beast category, accounting for its size and power as a giant reptile. However, some modern astronomers believe that Draco would be better suited in the Arcana category, due to a Dragon’s magical prowess and the diversity of elemental abilities amongst different dragon colours and species. Luxer’s sorting remains the most universally accepted, at the stage of this book’s publication.

Draco has the longest solar transit time (totalling 41 days) that one can be born under this sign. It is the only sign, except Gigavespa, that solely fills a month (in this case Eitrias) and is also the biggest constellation within the zodiac, with the longest celestial longitude.

Common traits within Dracos are hard to agree upon, with so many variations of dragon colours, and each having unique characteristics. Immense studies have been conducted on further categorising Dracos into their most suited colours, with the influence of the weather, year of birth and planetary positioning being taken into consideration. For detailed dissection of each of these elements, refer to Celyn Nordika’s book: ‘Draco: Ten Colours, One Constellation’.

Finch groaned quietly. Why couldn’t this book just include the information? He really didn’t want to ask that librarian if he could have it. Maybe another day, when a different person was working, and when he felt better about his face and voice, and maybe with a better shirt too.

He decided to skip to his own sign for something that could interest him more. He’d read it before, but it had been a while and he’d been told that horoscope interpretations change with age and circumstance and unlock more meaning and significance.

Officially called Luna Pentium, the name is commonly shortened to Pentium, meaning duality and representing the two forms of human and wolf.

Those born under this sign are easily influenced by their environment and the people around them, and the way they present may change depending on their circumstances and social circles. This allows Pentiums to fit in with many groups and make friends easily, as an unobtrusive presence. It can be especially beneficial in business and people-driven work, and many well-known Pentiums are leaders of their community.

Finch didn’t know if that fit him. He more felt that he was hiding who he was to not offend or anger anyone. Maybe in that way he was being ‘unobtrusive’, but it didn’t feel good. He wanted to be himself unapologetically, but he was scared.

Pentiums can also manifest their duality through the repression of self-deemed ‘unsatisfactory’ aspects of themselves, creating a self that they keep hidden and harbour guilt or shame for.

That fit Finch well. He had only recently accepted that he was not a ‘lady’, and that it wasn’t the life he wanted to live. For years he thought it would be easier to convince himself that he could live how others saw him. He didn’t want to be different.

Finch sighed. Maybe the werewolf was the perfect sign for him. He knew how werewolves were treated in society, how they were outcast, and people looked at them differently as soon as they found out they weren’t normal. He was so scared of that happening to him if he corrected people.

Open communication with one’s self is vital for a Pentium to understand what they are hiding and why. It is important to remember that it is normally one’s self who exacerbates issues and problems until they feel unbearable or unsolvable, while this is not always the case in reality.

Pentiums are heavily influenced by the lunar cycle and should use the waning moon as a time for reflection and clarity. They can draw confidence in this shift of power to make their ‘wolf’ known to trusted friends and family and create an environment of open conversation.

Maybe he should do that. The time with the moon was right too, so maybe it was meant to be. Alix was going to drop by the library after her catch-up history class so they could walk home together. And if it went wrong Finch could just run away. But it wouldn’t go wrong, he told himself. Alix would understand and be supportive, she had to be. Otherwise what was Finch going to do?

Finch kept reading until he heard a voice call out a name that was no longer his. He looked up anyway and saw Alix walking over to him, bag on her back and hair down, against academy uniform policy.

‘Yeah, um,’ Finch looked around the table as if something to put away would be there, but his bag was packed, and he could leave the book in one of the collection trays. ‘Yes, I’m ready.’

The two left the library and Alix started her spiel about how boring history was, and the stupid things the professor went on and on about, but Finch wasn’t really listening. He didn’t think he could do this. What if she thought he was weird? Or that it was all in his head? What if she outright rejected him? He didn’t know what he would do if she refused to adjust; it would hurt so much to hear her use the wrong name on purpose.

‘Hey, you okay? You’re quiet.’ Finch could tell she was looking at him but kept looking forward. He could do it, he had to do it. Otherwise he would never be himself.

‘Actually, there’s something really important I have to tell you. My name is Finch…’

Header image by Free-Photos from Pixabay