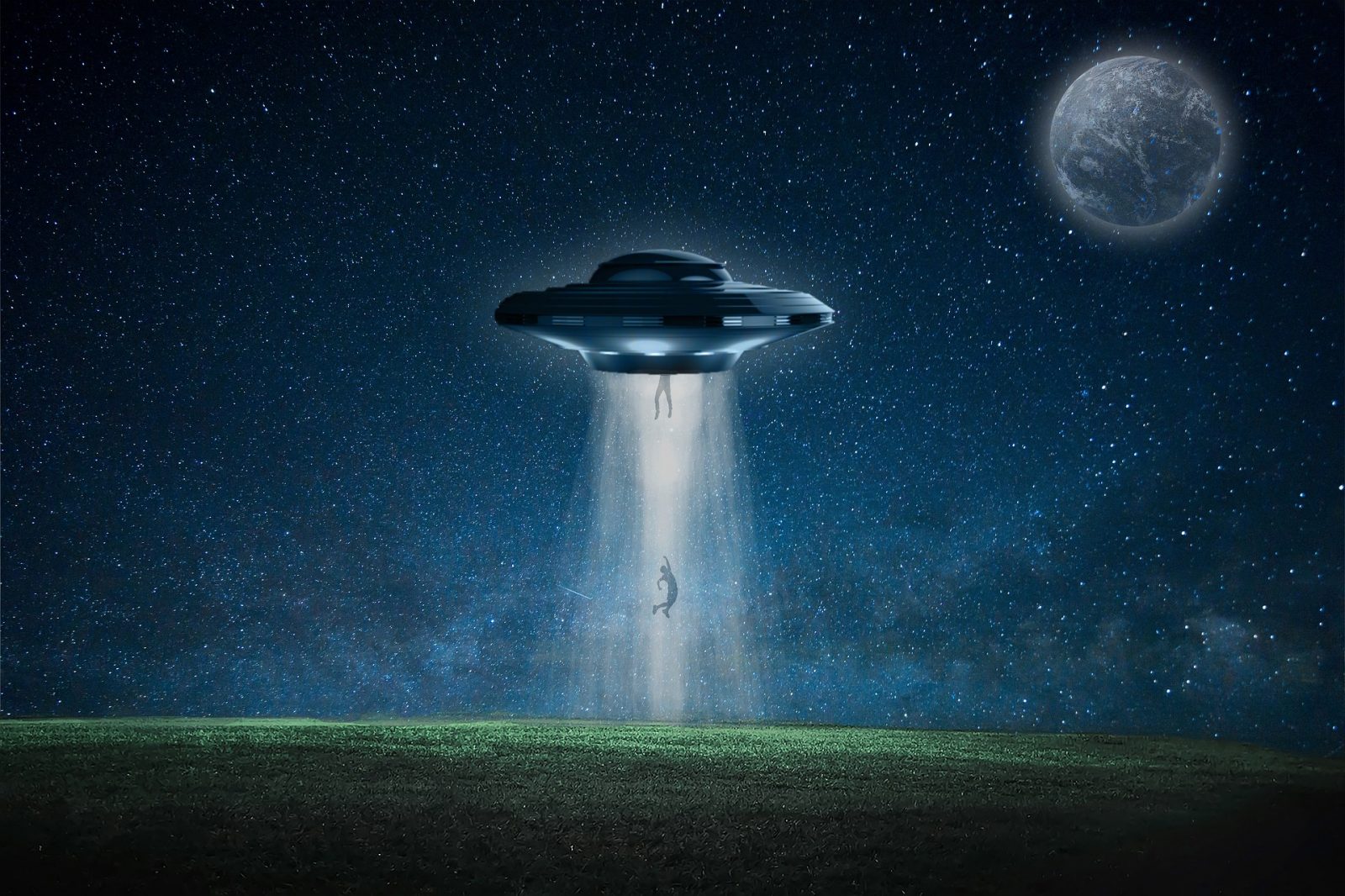 Mum shoved the phone in front of David’s face, blocking his view of the last cornflake as it floated on shallow milk.

David clenched his teeth in annoyance. It was bad enough Mum had yanked the bedcovers off him, depriving him of discovering whether the alien princess would run him through with her photon-sword.

Mum always woke him ridiculously early. Today she’d pulled him out of bed at 10.59am. Now she wouldn’t let him finish his cereal in peace.

‘Kyla messaged,’ Mum said. ‘She wants to meet you. She’s suggesting coffee Saturday morning at Subway on St. George’s Road, Thornbury.’ The old refrigerator in the corner of the kitchen struggled to reluctant life. ‘I think you should say yes.’

‘I can’t,’ David said, not wondering or caring who this Kyla might be. ‘I have an early shift at the car wash.’ He banged the spoon off the side of his favourite bowl, knocking out another ceramic chip.

Mum’s thin shoulders dropped. ‘You could meet her after. For a drink. Take her someplace nice on Brunswick Street. Or maybe into the city.’

David thought fast: ‘Sanjay might need me to do extra shifts if some of the other guys don’t show up.’

Mum drew the phone screen close to her face, scrolled for a few seconds, bit down on her lip. ‘I just have a good feeling about Kyla. She seems nice. Genuine. It would be great to see you with a lovely girl, David. Someone who loves you for all your qualities.’

David knew that if he looked at his Mum, he’d notice new lines on her forehead, cheeks sunken further than last time, the grey reaching across the top of her head which would meet in the middle soon.

‘Rent’s due next week,’ she conceded. ‘We could do with the cash you make Saturday.’

‘What happened to the extra I made last week?’ he asked. ‘You said that covered us.’

Mum’s narrow lips blew out air. ‘Oh, you know how it is. One thing led to another and…’ her voice trailed off, leaving David’s query hanging. David lifted the bowl to his face, slurping down the milk and the solitary limp cornflake. He knew all his mum’s expressions. Some of them made his pasty skin crawl – like “one thing led to another”. Hearing that particular phrase triggered an avalanche of questions which, over the years, his mum had always outpaced, ducked or skirted like a skier in a slalom. She rolled out ready-made, empty phrases, appearing to answer his questions while leaving them unanswered. Questions like: why did David’s father leave when he was five years old? Why did she jump every time she heard a door slam? Why did they move every few years? David thought it utterly preposterous that “one thing would lead to another” would ever apply to him. His life wasn’t that neat. It should be, but it wasn’t.

Then, one thing did lead to another. It all happened at internet speed, just as he was moving the bowl from his lips to the table. Kyla sent a message meant for one of her friends to David’s phone. It mentioned a dream, which his mum now read.
‘Strange dream Kyla has had about an alien,’ Mum mused aloud as she read the message.

David grabbed the phone. Stared. Thought deeply. It must be a sign. An alien dream. Aliens with photon-swords. Kyla could be the one he’d been waiting for. Someone who would understand. Someone he could talk to. Finally.
‘OK,’ David said.

The dark faux-wood table in Subway that Saturday morning was wet. David massaged his

‘I knew from your very first message that you were honest.’ She pulled at the faded blue and white scarf around her short neck, tightening then loosening it, shifting her rounded frame on the chair. She leaned across the table, still damp from the cloth used by the waiter who cleared the table. A coffee machine hissed in the background, while a young mum called out to a grubby-faced toddler to stay away from the front door. Kyla’s brown, deep-set eyes drank David in. ‘I memorised all your messages.’

‘I memorised all the dialogue in the movie Star Trek: Nemesis,’ said David.

Her right hand landed gently on his left forearm. ‘Some of your messages made me cry,  like, when you wrote that being in groups of people is hard for you.’

‘It is.’
‘How the things you want to say always come out the wrong way.’
‘Mum tells me that constantly.’
‘How people judge you,’ Kyla said, ‘but if they took the time to get to know you

they’d see you were a nice person.’

‘Mum says that too.’

‘You seem very close to your Mum, David.’
He nodded. ‘I live with her. In Preston. But we’ve lived all over the country.’

A slow, unsure smile crept across Kyla’s face. She straightened up in her chair,

released his forearm. ‘I dated my last boyfriend for 15 months. He stayed over at my place a lot. If we went out, went to the footy, I always paid. He said child support was killing him. When he stayed over, he got up with me in the morning, had breakfast, we’d get ready, leave for work together.’ She traced a figure eight on the still-wet table with her index finger. ‘I found out he didn’t have a job. Or a kid. He was living with his folks in Essendon.’ She paused. ‘I’m not used to guys being honest about themselves.’ A blush spread across her cheeks, a deepening pink stain. ‘People should be honest with each other. They should be radical about it. Do you know what I mean?’

‘No,’ David said.
Kyla shot him a quizzical glance, then a joyous smile burst across her face.
‘See, that’s what I’m talking about. You practice radical honesty David. That’s why I

David smiled back at her.

‘I want people in my life who tell me the truth no matter how uncomfortable that makes me. I’ll do the same in return.’ Kyla cleared her throat. ‘So, ask me anything David. Anything at all.’

A flutter of excitement awakened like a caged bird in David’s chest. ‘Tell me about the alien.’

‘The alien you mentioned in the message that you sent to me. The message you meant to send to someone else.’

‘Why do you want to know about that?’ she asked.
‘I dream about aliens every night.’
‘Well, you’re really into sci-fi movies, so I guess that’s to be expected.’
‘Mum said not to ask you. She said you’d find me talking about aliens weird. But you

said people should be honest with each other.’

David reached across the narrow table, placing his hand on hers. He lowered his voice to a whisper. ‘Kyla, what if your dream about the alien wasn’t a dream. What if the dream is the reality and all this,’ with his forehead David indicated the café, the universe, everything. ‘What if this world is the made up one, the fiction?’

Their coffee date ended at 10.39am, leaving David 21 minutes to walk to the carwash for his 11am shift. He messaged Kyla six times, telling her secrets of the universe he hadn’t had the time to share earlier. In the first hour of his shift, Sanjay, his boss, yelled at him twice for messaging when he was supposed to be wiping vehicles. ‘You’re holding up the line. I catch you checking your phone again, you’re out of here, mate.’

‘Sorry,’ David pushed the phone into the front pocket of his damp jeans. ‘I was checking if I got a message.’

‘From your girlfriend?’ Sanjay’s scrawny arm made sudsy circles on the driver’s door of a black sedan.

‘She’s not my girlfriend.’
‘You getting married when she gets out of the insane asylum?’ Sanjay grinned.

‘She’s not in an asylum. She works in Myer. In the homewares section. In

Northland.’
Sanjay shook excess soap from the oversized sponge. ‘Just do what I’m paying you

for.’
When David arrived home after his double shift, Mum was asleep on the broken

couch, exhausted from vacuuming kilometres of grey-carpeted offices in the city. Still no reply from Kyla, despite sending her a total of forty-six messages since their date.

David sloped off to his room to re-watch a couple of old Star Trek movies, falling asleep on the bed covers with his clothes on.

The following morning, Mum was perched on the end of his single bed. As David slowly woke and stretched, she was tapping furiously on his phone.

‘Is there a message from Kyla?’ he rubbed the sleep from his eyes.
‘Forget about her, David,’ her tiny fingers danced nimbly across the screen.

‘Why?’ He pushed himself up to sitting. ‘Kyla said listening to me telling her about

aliens was really something.’
‘Well, one thing led to another and now I know she’s not right for you.’
‘Did she message?’
‘I deleted it.’
‘What did Kyla say?’
‘It’s not important.’
‘Mum!’
‘Oh, I don’t remember David. Something about not being that interested in alien life

forms. Something about your messages yesterday triggering anxiety.’

‘You don’t want to go out with a girl with an anxiety issue David! You don’t know what she’d do.’ Mum thrust the phone towards him. Smiled. ‘But look, a girl called Sophie sent you a love heart just now. Her profile says she only watches sci-fi. Her friends think she’s a bit weird and she says she’s OK with that.’

David dropped his face into his hands.

‘Sophie has kind eyes,’ Mum said, putting her hand on David’s thigh. ‘She seems nice. Genuine. I have a really good feeling about her.’