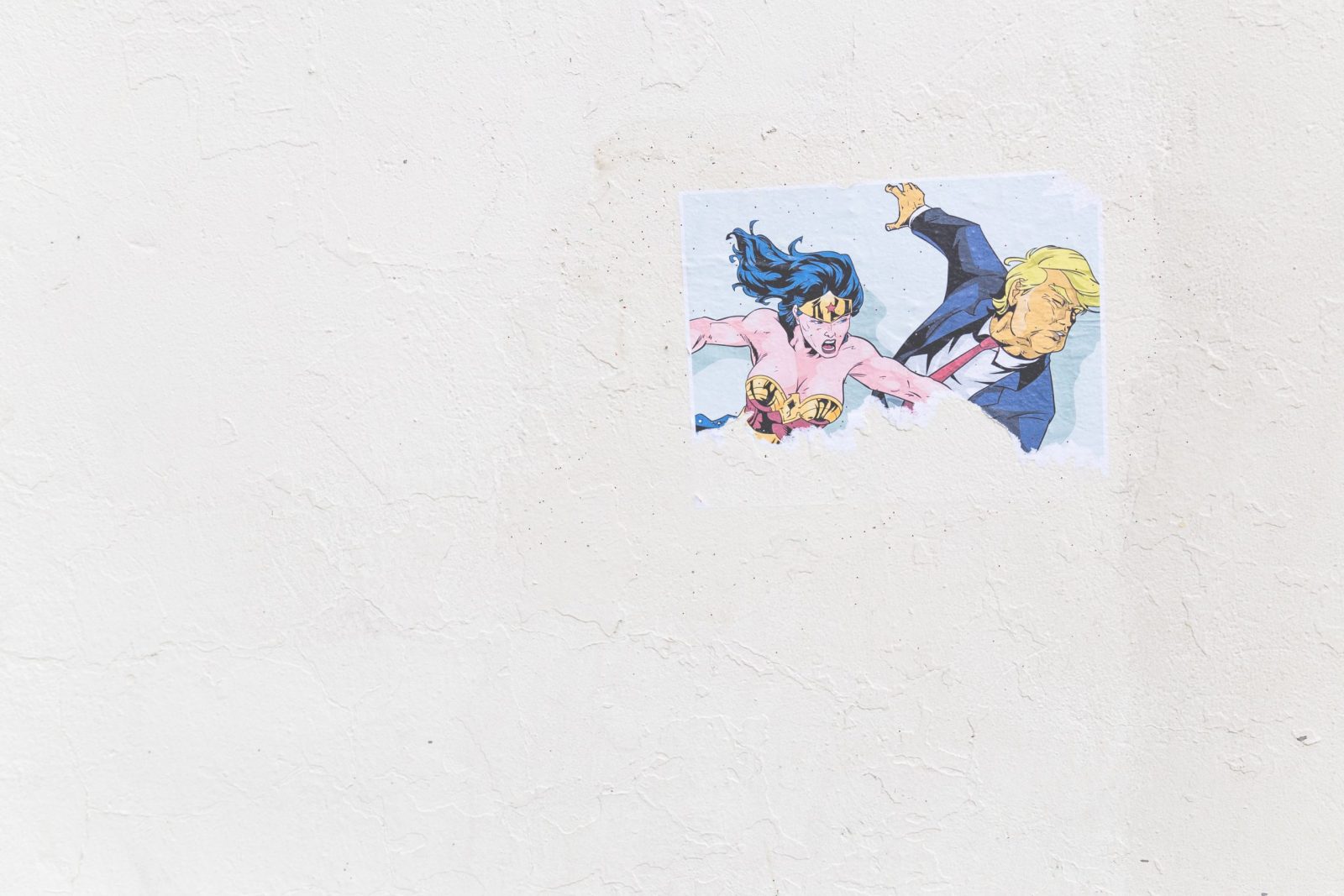 I’m sure many of you, like me, are not immune to belting out feminist classics like Helen Reddy’s I Am Woman. Fists clenched; eyes clamped shut as we hit all the high notes with (what we believe to be) precision. When these songs were originally released, they sought to empower a generation of women who were fighting an epic fight for equality: the 1970s women’s rights movement.

Lyrics like “I am woman, hear me roar,” became everyday phrases associated with female ambition. In her day, however, Reddy was told that these lyrics seemed too angry and that they would hinder her success. The men who told Reddy this wanted to let her know that sure, they were okay with the song and its message, but only if it was toned down.

Be powerful, but not too powerful.

The thing is, I Am Woman today is tame on the spectrum of female anger. Nowadays female anthems sound fairly different. Women are still angry, but their anger is a lot less subtle. The message that modern feminist recording artists are trying to send is less “we are strong, and we’ll prove it to you” and more “we are strong, and we don’t care if you disagree.” Now, it’s all about self-love and proving your worth to yourself.

However, while their message diverges slightly from what they used to, the conversation surrounding female empowerment anthems is still controversial. In the 70s, Helen Reddy was “too angry,” and today Cardi B and Megan Thee Stallion’s WAP is “too sexual.”

A month on from its release, the song is still making headlines for its raunchy subject matter. Over its short lifetime it has been labelled “bad history” filled with “hoary sexual cliches.” Twitter users have accused it of setting “the entire female gender back by 100 years,” and called its creators “children [who were] raised without God and without a strong father figure.”

But whilst not everybody has celebrated  WAP with words of adoration, the song has generated a vital dialogue surrounding a woman’s right to sexual freedom, creating change that only a true anthem could. Many of us have probably read comments condemning the song and asked ourselves why. Men have never had an issue sexualising women before, so why is it an issue now? This conversation has highlighted that men are excited by female sexuality – as long as they have control of it. They want us to be sexy, but not too sexy.

Be powerful, but not too powerful.

Anthems for women these days are anthems that make us feel good. That voice our insecurities and let us know we’re accepted. That prove we’re aren’t the only ones who are angry, and ultimately, provide hope that maybe change will soon come.

If you need a pick-me-up or you’re fed up with the way things are and want to feel that your anger is valid, here are my Top 10 Anthems for Female Empowerment. Clench those fists, clamp those eyes shut, and channel your inner rock goddess as you hit play:

The discussion this song has generated earns it the top spot on this list. One of the best parts about WAP is that is has enabled people to realise the double standards placed on women in music. In truth, Cardi and Megan have made a song that nobody would have batted an eye to had they been men. Case in point: in 2018, Kanye West and Lil Pump dropped I Love It. A song that repeatedly calls women “hoes” among other NSFW lyrics, yet it was received by the public with minimal outcry. Cardi and Megan, on the other hand, made a song that many women were afraid to make out of fear for how it would be received. Now, that song is now dominating the charts and paving the way for future feminist anthems.

As far as Dua Lipa goes, this is some of her best work. This is one of those songs that makes you angry, but that’s exactly why you love it. In Boys Will Be Boys, Dua takes aim at the archaic notion that boys behaving poorly is just “boys being boys.” Repeatedly, she states “the kids ain’t alright,” urging people to change the way that they are raising their children. All in all, this song is poignant and well written. It’s a ballad that I can’t listen to without feeling fully invested. No matter what mood I’m in, I always find myself singing along.

Given that it’s sung by two powerhouses who have dominated the industry for years, I’m surprised that this song hasn’t received much attention. Fall in Line ultimately rejects the idea that women exist to be sexualised for male entertainment. Addressing “little girls,” it says, “you do not owe them your body and your soul.” As two women have gained recognition in an industry that so overtly sexualises women, it’s not too far-fetched to think that this might be why the song hasn’t garnered much success. In the song, Christina and Demi even address how Fall in Line may generate anger for calling out the industry, with the lyrics like “I’m gonna pay for this. They’re gonna burn me at the stake.”

This song provides insight into how young Aboriginal girls feel growing up in Australia, where mainstream media is so whitewashed. Thelma sings about how she rarely sees people who look like her in the magazines, but she doesn’t need to in order to feel powerful or beautiful. She will be her own homecoming queen.

(Sidenote: make sure to keep supporting our homegrown talent – the Australian music industry has taken a hit this year!)

Lizzo’s entire body of work consists of anthems focused on empowering women, so choosing just one was difficult. While most of her songs are about being confident and loving yourself, Soulmate shows a different side to Lizzo. Essentially, the song is about how self-love can still be difficult, even for those who seem to be the most sure of themselves. Soulmate is raw and emotional and honestly, it’s right up there with some of her better known music.

Some say being a slut is a bad thing, but this song tells a different story. In S.L.U.T, Bea Miller takes back the label. The first line, in fact, is “I love myself.” If that doesn’t tell you what kind of song this is and why it’s on this list, I don’t know what will.

Another song that will make you super angry, but in a good way. It’s a scathing response to men who feel under attack by the Me Too movement, riddled with sarcasm that will make you giggle but then shout “EXACTLY, THIS GIRL GETS IT!”

Another prime example of the homegrown talent we are lucky to have here in Australia: Vera Blue. The title of this song speaks for itself, and more than justifies its spot on my list. Lines like “not gonna beg for your respect, I won’t be defined by your eyes,” demonstrate exactly how this song encourages self-love and finding your worth.

If ever you’re having a down day, pour a glass of wine and turn on this song (better yet, listen to the entire Joanne album – it’s genius.) In Hey Girl, two of today’s greatest singer-songwriters came together to bring us a song about women supporting women. “If you lose your way, know that I got you” are the supportive words every girl needs to hear from her girlfriends. This song makes me think of the support system that I am lucky enough to have every time I listen to it, and it always makes me feel better.

Really, there are a lot of songs by Little Mix that are deserving of a spot on this list. Shout Out To My Ex turned the archetype of a breakup song on its head (Perrie Edwards really said “why do I have to write a sad ballad about being heartbroken?”) These women managed to become a global sensation in a society that historically would rather support male groups (for every Spice Girls, there was an NSYNC, Backstreet Boys, Boys II Men, Take That, and so many more). Salute deserves its spot on this list because put simply, it screams girl power. Its message is like that of Beyonce’s Run the World (Girls) – x10.