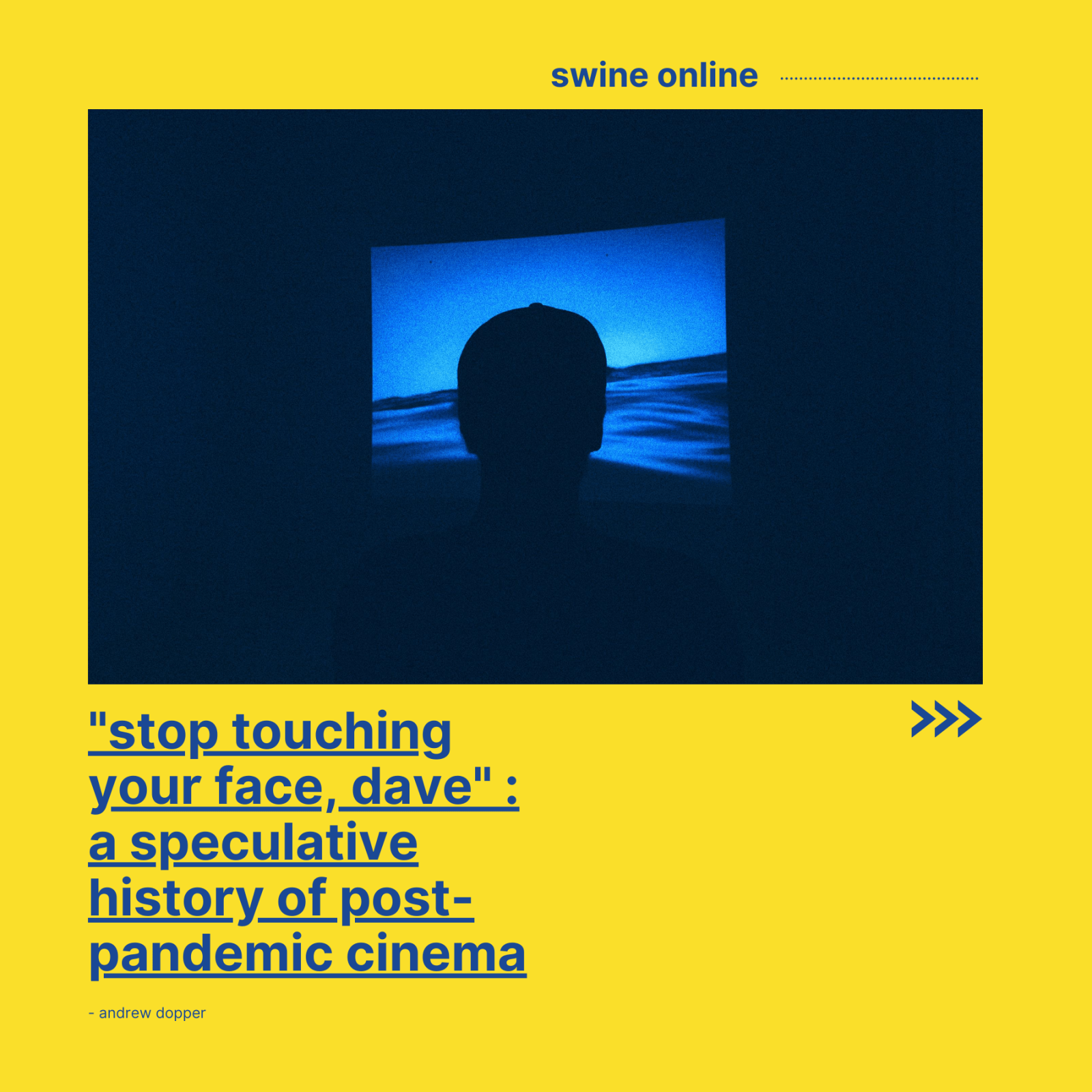 “I’m not insane!” screams the hysterical man, hair plastered to his head with sweat.

A psychiatrist sits him down. Momentarily calmed, the man begins talking, recounting his return to California.

“At first glance, everything looked the same,” he says, his eyes gleaming wildly.  “It wasn’t,” he adds . “Something evil had taken possession of the town.”

This excerpt is from the opening scene of Invasion of the Body Snatchers (1956), a science-fiction horror about people becoming “pod people” or becoming “them”. On the surface, the film is a run-of-the-mill 1950’s horror about aliens possessing people. Sounds fun, right?

In fact, it is widely regarded and almost laughably obvious, that the inspiration for the film was the fear of Communism invading America. Them are the Soviets. This era is now often referred to as “The Red Scare”. Invasion of the Body Snatchers was one of countless films inspired by Cold War paranoia. Paradoxically, half of Hollywood at the time of filming were actually Communists. The hilarity.

In the wake of the 1973 global oil crisis, which saw petrol shortages and looting across Australia, we saw a young Mel Gibson roar through lawless highways in 1979’s Mad Max. Later, in 1985’s Mad Max: Beyond Thunderdome, Max takes out a Geiger counter to detect radiation within the stock of a junk-laden water-dealer

“What’s a little fallout, ey?” the vendor says, as Max trudges off.

Whilst the first two Mad Max films remain the most loved, it’s the aesthetic of Beyond Thunderdome that is still evident in post-apocalyptic fiction today. Unlike the first two films, Beyond Thunderdome was inspired by concern of the nuclear bomb, which saw people living in constant fear of Mutually Assured Destruction (aka M.A.D: They bomb us, we bomb them, repeat––until nothing’s left.) This was a very real scare leading to countless close calls, from the Cuban missile crisis to that time Boris Yeltsin nearly nuked some Norwegians studying the Northern Lights in the 90’s. Yes, that actually happened.

On the 11th of September 2001, a terrorist attack rocked not only the US, but the entire world. After a few years, the superhero genre dominated cinema across the globe. These films usually saw American heroes come out of the woodwork and save the world by stopping foreign bad guys from blowing up Manhattan. It doesn’t take a scholar to notice the inspiration there.

The influence of world events on cinema is clear. What was essentially a 50-year-long dick-measuring competition between the US and USSR inspired not films featuring Americans complaining about Communists at BBQs, but countless sci-fi horror, espionage and spy films. High petrol prices caused by political bickering gave birth to forty years of spike-studded, shotgun-wielding post-apocalyptic media, not films about people saying “jeez, bloody petrol’s expensive. And, rather than producing films about airport bag-checks, 9/11 essentially turned cinemas into superhero viewing machines.

Today, this begs the question: what will post-COVID-19 cinema look like? Since we probably can’t expect 2022’s biggest blockbuster to be Dunny Roll Hoarders II, how do we possibly predict which genres will emerge? I mean, who knew that between 2008-2012 all people wanted to watch were shiny vampires and hunky werewolves?

One way we could gauge the type of cinema this pandemic may produce, is to look at existing films relevant to our current timeframe. Yes, this means that we have to talk about 2011’s Contagion.

Admittedly, re-watching Contagion right now is a jarring experience. I found I laughed dumbly when a Dr. told a man who should know better to stop touching his face, right after informing him how quickly the virus in question could spread.

Living through a similar crisis today, however, I found myself enjoying the film far more than I did when I watched it nearly a decade ago. Contagion was ahead of its time, a quality rare in most films. No one makes a Cold War film a decade before the Cold War.

This is where science-fiction seems to set itself apart from other genres – it often stands at the forefront of a fundamental change in viewing culture.

Recently, I also re-watched one of my favorite films, 2006’s Children of Men. and it hit me harder than ever. The film presents a version of England in the midst of a societal breakdown, one that causes the slow decay of humanity. The world around these people is crumbling under a falling capitalist empire, yet they go about their day adapting to the chaos, even as it slowly sets in and reveals a grim state of world normality, where children can no longer be born.

Unlike traditional apocalyptic cinema, Children of Men does not represent spike-studded rally-drivers and zombie-infested wastelands. It simply shows us London enduring a mass extinction.

Each country is experiencing the COVID-19 pandemic differently, and it’s only  matter of time until more outbreaks occur – if they haven’t already.

Every time I watch Children of Men, consequently, I have to stretch my imagination less and less.

One prediction could be that there is a resurgence of films like Children of Men, which represent life not ­post, but during the world-ending crisis. Rather than depicting epic, country swallowing waves or Bruce Willis blowing up comets, cinema may instead represent slow yet impactful societal breakdowns. This new breed of films would provide a far slower, smaller snapshot of world crises, and in doing so, heighten the prevalence of “slow burn” cinema.

As I write this, the US is experiencing a time of civil unrest caused by police violence; unrest that has rippled across the world and is building every day. Today’s lack of trust in those who lead is a far cry from the celebrated world leaders of yesteryear.

People are seeing the cracks in the capitalist world. We’re experiencing what happens when world leaders actually have to step up and represent the people in crisis. Some countries are prevailing, while others…well, let’s not judge…

In order to progress, we may not see entirely new genres come to fruition, but perhaps witness redefinitions of those we know well.

Comparing Invasion of the Body Snatchers to Denis Villeneuve’s Arrival (2016), we see two alien invasion films; but they are vastly different aesthetically and thematically. The former says, don’t trust anyone while the latter asks, why don’t we just trust anyone? As portrayed in 2008’s The Dark Knight, Gotham City looks a lot different than it did in 1989’s Batman. Christopher Nolan’s portrayed Gotham’s zany villains more as corrupt politicians. Conversely, the America portrayed in 1995’s Judge Dredd had a far lower crime rate than the US actually does today.

The zombie films of the 1950’s people fought zombies, yet now, the zombie hordes act as mere backdrops while people fight one another. Post-COVID, perhaps, we may see the post-apocalyptic genre become something very different, departing completely from spike-studded cars and wasteland couture and edging towards something frighteningly real.

Some of you may be screaming, “but people might want hope!”

Indeed, hope is something Hollywood, and indeed publishers, always seem to advocate for. As a writer, I have been turned down many times for that reason. Positive narratives and happy endings sell. And I do think we will see a feel-good movie resurgence in the wake of this pandemic. Honestly, if the world was on fire, there would still be Pixarfilms about animals embarking on fulfilling journeys with satisfying conclusions.

But audiences are smarter than that. McDonalds might be cheap and tasty, but people still go to 5-star restaurants.

People want hope, yes, but hope comes in many forms. Cinema, like most art, is often a reflection of culture, of the contemporary. Invasion of the Body Snatchers worries, Mad Max observes, Arrival questions, Children of Men warns. Right now, people protest for a better future, not because they have no hope, but because they do have hope.

Could we see films born not from fear of the future but from a reaction to our time in isolation? A resurgence of the frontier film, perhaps – films about exploration and discovery and the natural world. Will we see people moving to more rural areas, wanting to re-connect with the natural world, escaping the rat race? Has capitalism been exposed for its impact on lower classes? Will we see a new genre of “revolution” films?

I could go on.

The reality is, we do not know exactly what film within a post-COVID world will look like. The last six months alone could very well create a new breed of consumer––one that filmmakers will respond to in kind. Remember, an oil crisis in the 70’s eventually lead to whatever the fuck 2018’s Bird Box was.

What I am suggesting, is to watch the screens and take note.

History, after all, shows that it often takes only one or two films to start a genre or film resurgence that takes over the world’s screens for years.

Andrew Dopper is a final year writing and cinema studies student. His short story Dog’s Bend was previously published in SWINE’s 2020 Representation issue. He is currently working on his third novel.