a fool’s paradise: the lost history of the idiot 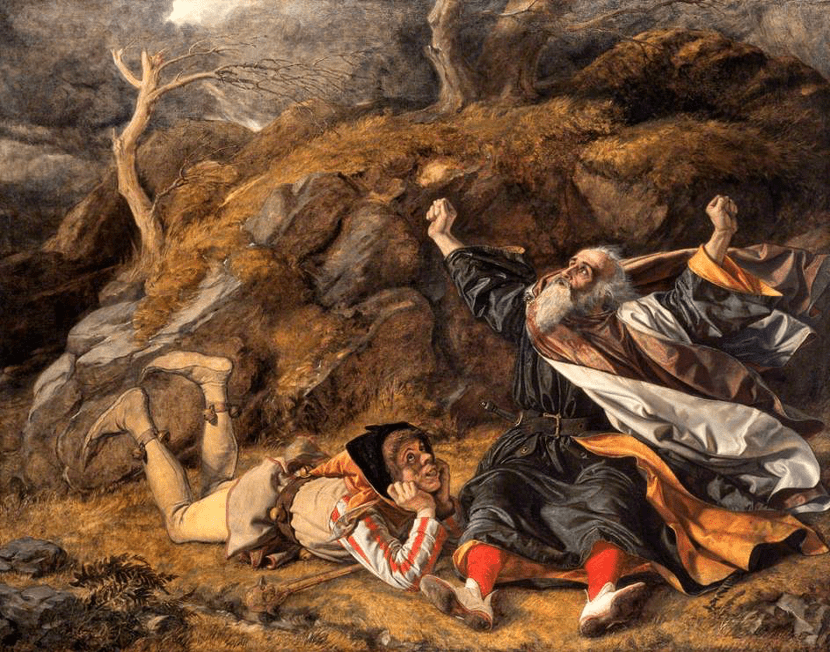 The word chatters off the tongue as it hits the roof of your mouth once, then twice, like the flourish at the end of a Spanish dance. Even those with a weaker grasp of the English language know both the word and the meaning. But what does it really mean?

Yes, and, well, no. To truly understand the word, we must cast our minds back over two thousand years, to ancient Greece. It was here, deep in the Mediterranean, that the word idios was birthed – later adopted by Latin as idiota.

From angry old European men to Ren and Stimpy, the use of the word bears more history and importance than we give it credit. Variations of “idiot” existed as far back as the Ancient Egyptians, who used the term idi, meaning “to be deaf”, and in Old Babylonian with the word idim, meaning “to be blocked”. But it was in the ancient empire of Greece where the word became the insult we see today.

As you walk the well-trodden road in lower Athens, a woman passes by leading a goat. She asks of your health, and whether you have an interest in the purchase of the animal. You decline and carry on. A breeze sighs over the land from the Aegean Sea, and you detect the subtle tang of brine and fish from the docks where another trade ship has just moored. The breeze catches at your robe, and you nod a greeting to a passing mason, well known and respected. He respects you, for you are a politician, of sorts. It is 456 BC, and you are on your way to an assembly.

The term “democracy” first appeared in ancient Greek political and philosophical thought in the city-state of Athens during classical antiquity. The word comes from demos, “common people” and kratos, “strength”. The Athenians established what is generally considered the first democracy between 508–507 BC. The assembly you head to is of a smaller scale, for the citizens of only three local townships vote.

You enter the court atop the hill to warm greetings and the wave of friends. Your brother leans up against a column sucking on an olive. Then, you are greeted by Andros. You agree to go fishing with him come weeks end, and he moves on. Andros is a nice enough fellow, but unfortunately, my fair reader, this man is an idiot.

A senior member of the parliament you often visit the bathhouse with steps up beside you. A vibration runs up from his vocal cords, and his tongue presses the roof of his mouth like a mother testing a child’s forehead for fever. His mouth changes shape and muscle memory produce the final vibrations that reach your ears.

In this form, the word is not inherently negative. The older man was referring more to Andros’s class as a layman, a private citizen. Idios, after all, most commonly describes a private person. There is nothing wrong with this, but whilst all men over thirty are allowed to attend and vote at assembly, not all have to. Some take the label of idiotai, conceding to their class, maintaining that they are unskilled in the area of democracy. Yet whilst many humble commoners do not attend parliament, some do.

Andros is normally just another shuffling robe and raised hand. A good father and husband. A terrible fisherman but a decent carpenter. But, as mentioned, he is an idiot. Especially on this day, for the assembly plans to vote for a new road to a shrine of Aphrodite, the goddess of love, beauty, passion, and procreation.

Andros does not agree to the paving of this road. He insists on a road to the Eastern fields, to aid carts in reaching the Cephisian plains to the East, where the rivers flow long and slow. But the Eastern road is only an issue for the final month of winter when it becomes muddy. The shrine walk, however, is overrun by brush and thorns and visitors get lost.

The vote comes and all raise their hand, except Andros and one other man.

“The road to the fields shall be repaired come next winter,” announces your uncle.

A slave boy offers you more wine and you take advantage.

All hands but Andros’s reach to the sky now. It is the third time this vote has been held. Andros pleads his case and others too have prepared statements. A senior member makes his declaration, and all agree.

You see, the year passed, the term idios has been used with growing negativity.

The word is spoken now, and, soon enough, yelled. The senior members, too, mumble their labelling of Andros. Andros throws his arms up and is collectively ejected from the assembly. He has finally been pronounced an idiotai, or idios.

If, after reasonable and lengthy discussion, one person continues to hold up the vote, despite overwhelming research, evidence and agreement from experts, their attendance becomes pointless. Defunct. They are an idiot and are ejected from parliament. Some concede earlier. Some agree to carry on with the consensus of the most knowledgeable: the people of science, architecture, and philosophy. Some, like Andros, are sent back through the stone arches of the assembly to the scowling and shaking of fists.

It is not until the word idiot was used colloquially in 17th-century theatre, that it truly came to be used the way it is today. But its existence in early democracy gave idiot its foundation. The Greeks, in fact, held one of the greatest civilizations in human history. They invented machines, democracy, universities, mathematics, and science itself.

Don’t get me wrong; they were not flawless. War was perfectly viable as a tactic for expansion and resource gaining, and while the life of women in ancient Greece was not Hell, it was far from desirable. 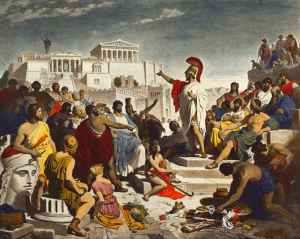 Bringing our mind back to the present day, do we still go to war and destroy entire cultures for political tiffs and resources? Are women equal to men globally?

One thing certainly remains superior in the days of early civilization.

An idiot was an idiot.

Today, not only are idiots not ejected from parliament, they band together. These idiots remain, despite having no evidence, research, or even democratic majority. In fact, in many places, the idiots rule entirely.

The Eastern road or the road to the shrine of Aphrodite?

Often, in the present day, it takes years for such roads to be finally built. In many cases, the Eastern road will take priority to quieten the idiots. More and more, we see roads paved to nowhere, and sometimes, no roads at all. Yet the idiots remain content. Whilst the fisherman and the carpenter are skilled and vital members of society, they’re unskilled in the areas of science, civil engineering, and commerce; an idotai.

Yes, the infamous political topic of today. Science, majority belief, and global benefit and safety heavily lean towards the issue of climate change not only being true, but something that needs to be addressed immediately.

Yet, it is a topic firmly ruled by the idiot.

By denying science, math, experts, and the greater good of humankind and indeed the natural world itself, the idiots are winning. The idiots are louder, not more numerous. They are stubborn, not correct. In Australia, it is overwhelmingly common for political leaders to only be educated in business, maybe law, or to have received no higher education whatsoever. If these people sat in parliament in ancient Greece, they would have only occasionally been consulted on monetary issues; or perhaps would not have attended at all.

Australia’s current minister for welfare has a single degree in business – not welfare. The minister for education? A Master’s in foreign affairs.

And the minister for health, impressively, has two degrees – in law and international relations, however, rather than health.

No member of the entire party currently in power, in fact, has any form of degree in health, welfare, or education. None have a PhD. Three have no higher education whatsoever, and only one, in the entire government in power, has a degree in science.

This is a far cry from the parliaments of Ancient Greece.

Have we entered the age of the idiot? If so, what is the remedy? Is it to equal the loudness of the fool?

Mark Twain once wrote: “Never argue with an idiot. They will drag you down to their level and beat you with experience.”

How do we eject the idios when the entire assembly are idiotai?

Perhaps the idiot must reclaim their title. A scientist knows nothing of fishing, so why would the fisherman be expected to know science?

Next time you call someone an idiot, cast your mind back to the assemblies of ancient Greece, when there was no shame in being an idiot, but there was in pretending you were not.

“It is better to be unhappy and know the worst, than to be happy in a fool’s paradise.”