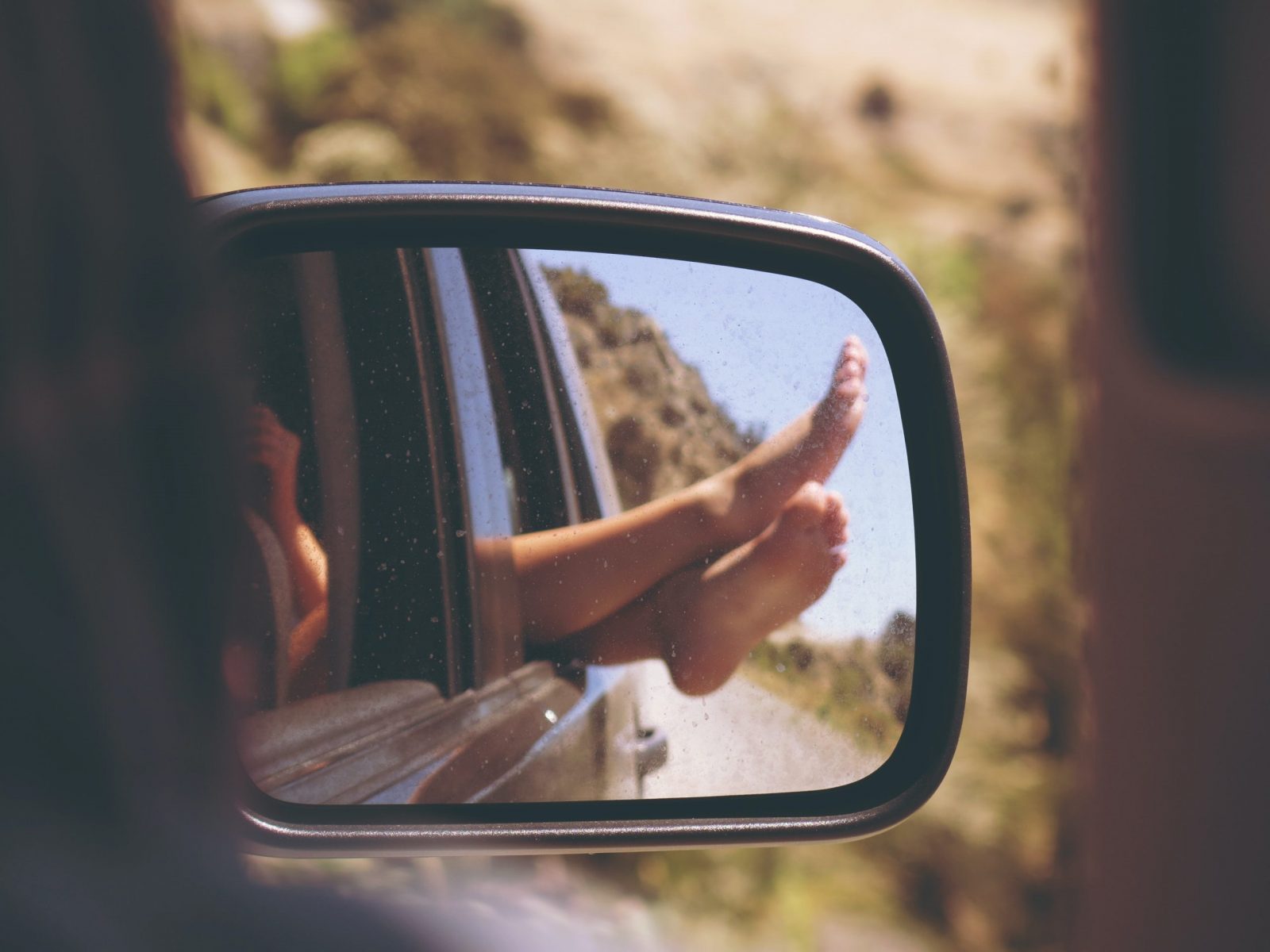 The first of them arrived in 1963, soon after I came to be. They were so proud. They were a young couple who drove me from Sydney to Melbourne. He worked as a butcher and she had just finished school and wanted to become a nurse. Their names were Patrick and Heather. He worked for her father. They were so in love and so free. They were already fighting by the time they got to Wollongong.

She wanted to drive down the coast, but he wanted to go see the capital. They arrived in Canberra early on a Sunday morning and everything was closed, and the fog was thick. They found a fish and chip shop that opened early and parked under a willow tree near the local football oval. They sat on my bonnet and she showed him how to make bracelets out of the willow vines and they talked about what they were going to name their children. She spilt Coca Cola on the seat laughing at fangs he had fashioned from two hot chips. They burnt his gums but he didn’t care, and the Coca Cola stain was the first of many stains.

An old man walking a dog wandered by. Nice car mate, he said, that the new Holden? Heather patted the old man’s dog and Patrick answered, yeah, she’s a beauty, drivin’ down to Melbourne actually.

The dog didn’t seem to like being petted and the old man said they should visit the National Museum. They said they would, but instead they drove to Batemans Bay. They bought some cannabis from a guy outside a pub and drove outside of town, down into a little picnic spot by the sea. They got high and listened to The Beach Boys on the radio and slept in the back seat. They were the first to sleep in the back seat. They drove from town to town until they got to Melbourne, where they lived in a rental atop of a milk bar. Patrick worked in a deli and Heather studied to become a nurse, but Patrick couldn’t get enough hours and Heather decided she hated sick people. One night they were driving home from the picture theatre and Heather said she wanted to hit the coast again and she wanted to travel, and the world was changing.Patrick said they had to start their careers and buy a house and have children.

That was the first breakup.

Patrick got an apprenticeship as a mechanic and met a girl named Sally. She was a hairdresser and loved when they played disco on my radio. She also liked new things. One day after work, Patrick sat on my bonnet making a bracelet from a willow vine and drinking beer and a co-worker said his little brother was looking to buy a car and Patrick said he was selling.

That’s how Rodney got me.

He worked at a hardware store in Collingwood and he liked when the radio played rock n’ roll. He drove fast and never changed the tires and spilt rum on the back seat when he was making out with a girl named Sandra. One night his mate went away to Adelaide to see family, and Rodney drove into the backyard and they sat around a fire and listened to Led Zeppelin and drank beer, and on the way home Rodney drove me into a post office box.

He wasn’t allowed to drive me anymore.

The next was another couple. Their names were Davo and Cass and they were from Geelong. They were musicians and sold plants at markets. One night after a Rod Stewart concert, they slept in the back seat. Nine months later Davo decided he had to get a job while Cass stayed home with their new baby. Davo got a job as a roadie and toured with The Angels and went to New Zealand with the band. They didn’t take me. One afternoon driving to the supermarket, Davo said he fell in love with the South Island and so they decided to move there. The baby vomited on the passenger seat right next to the Coca Cola stain and they laughed because the baby laughed.

The next was Julie.

Dunno, she said to her friend Amanda, I think they just wanted to get rid of it cos they were movin’ to New Zealand or something. That morning they drove to the beach and went for a swim. It was summer in Geelong and Amanda spilt sauce from her hamburger on the driver’s side seat, trying to turn up the new Guns N’ Roses song. They swam and swam and talked and swam and got into me while wet and drove with the window down. They were young and free. They drove around Geelong until dark and talked and got fish and chips for dinner.

They didn’t want to go home. Their parents were both Catholic, they said, they wouldn’t understand. That night they slept in the back seat. One night they drove to Julie’s for dinner and they were nervous. They didn’t talk much. The dinner was short and Julie drove fast and Amanda cried. That was the last break up, though it didn’t last long. A week later they put all of their stuff in my back seat and drove and drove and drove. They found a unit in Echuca and Julie got a job as a waitress and Amanda became a kindergarten teacher. They went to the mechanic’s one day and changed my tires and my radio. They played Nirvana on cassette over and over. Their dinners with their parents became less upsetting.

Then they sold me to Julie’s cousin Nick, from Wangaratta, for $800.

He called me an “old bomb” and played punk music really loud and brushed ash from his cigarettes to my floor. He met a girl named Lisa at a Killing Heidi concert and she was a painter who played guitar. She spilt a strawberry Big M on the back seat next to the rum stain. They moved to Brisbane and swore they would, like, totally just surf and skate forever and chill out and it would be awesome. One night they slept in the back seat and nine months later Nick got a job as a landscaper. I sat in the garage for six years until they moved to Melbourne. When they got me back out Nick owned his own landscaping business and Lisa was a tattoo artist in Carlton.

We should, like, do the car up, said Lisa one night, sitting on my bonnet smoking a cigarette while their daughter Ella rode up and down the driveway on her bike. They got me to an okay condition before they ran out of money when Ella started going to school.

A widowed Italian man named Sam bought me next, but never got around to fixing me up like I used to be. He sold car parts on eBay. He tried to rub the stains out of my seat but gave up. One day when he was tinkering around in his garage, he sat on my bonnet to answer a phone call.

Yeah, right, he said, you used to have one just like it, huh.

Sam chatted to the other man for a while. Yeah, he said, I’m lookin to sell it, was gunna fix her up but you know how it is, she runs alright, yeah, she runs alright. Sam and the man on the phone chatted and Sam agreed to sell me to the man. The man arrived the next day at Sam’s door in a full suit and tie. He was an older man and said he’d gotten an Uber there and he’d take the car right away because he had to get to Sydney for a funeral.

That was the first funeral I went to, but not the last.

He got a coffee the morning of the funeral and decided it was too hot to wear a jacket, so he put it in the passenger seat and spilt his coffee right next to the Coca Cola stain. He drove to the church and waited under a willow tree. He made small talk with the funeral director in the car park.

I worked for the man when I was a young bloke, he said. As a butcher. The funeral ended and he left. He noticed a woman admiring me even though I was rusted and worn and didn’t quite run right anymore. She had made a bracelet from a willow vine. He said he should have driven to the coast. She said they still can, and they would drive around the coast and that they wouldn’t stop this time because the world was changing. She had cancer, she said.