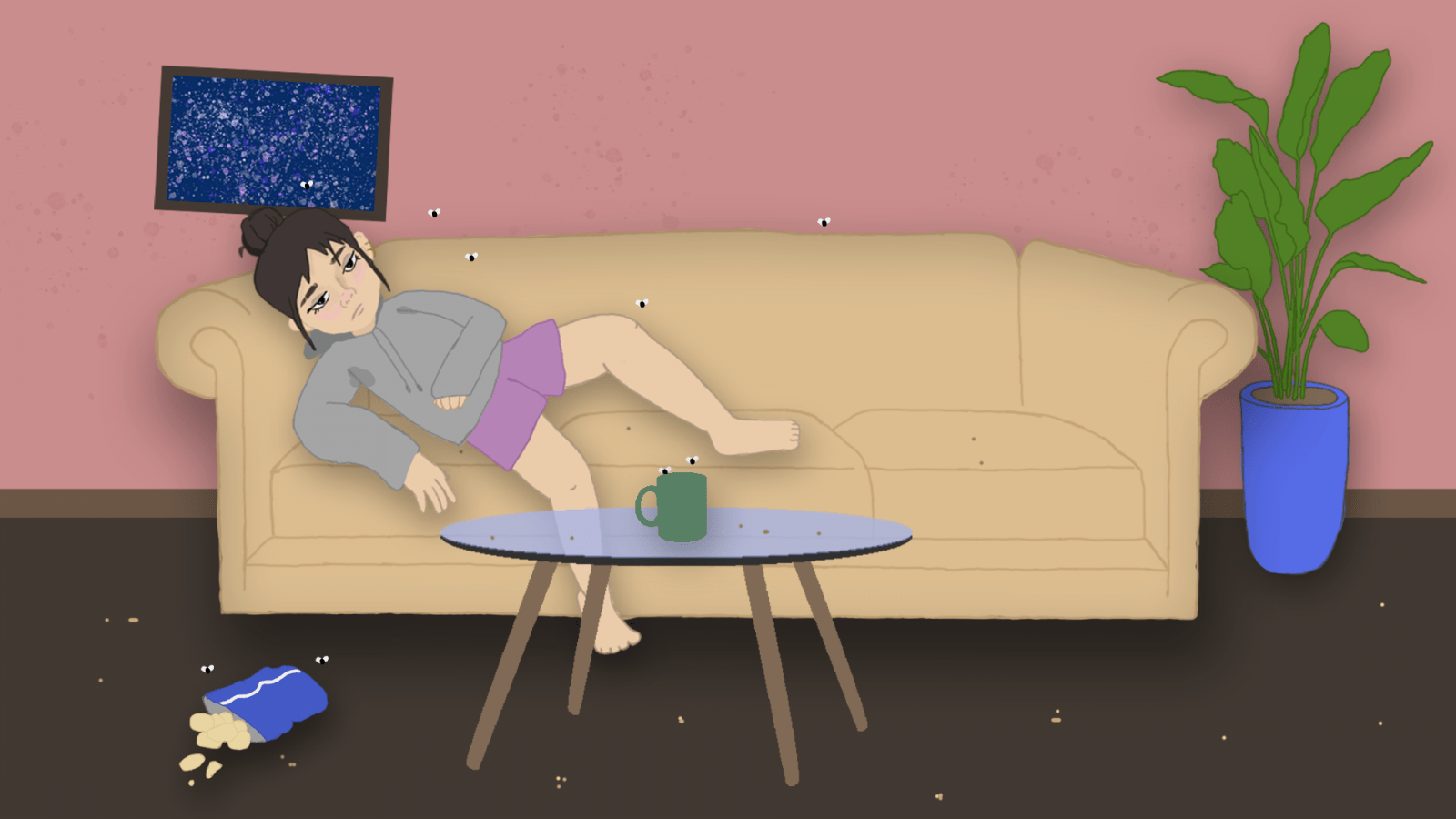 Having spent more time than ever before in the comfort of our own homes (who knows what day it is anymore?), it’s safe to say that things are starting to get grizzly – if they haven’t already.

Maybe it’s the fact that you’re at your wits end with your siblings, or the internet is trying its hardest to keep everyone in the household sane, or your S/O’s breathing is simply becoming more and more irritating. Overall, we’ve been in isolation for long haul, and more than a few pet peeves are rearing their annoying heads.

For some frustration relief, join us for the second edition of The Rant: Iso Peeves. First up, we have…

Now? We’re out here wearing the same clothes day after day (to tactfully reduce the amount of washing we have to do, duh), eating lunch at 10pm, and bathing in our natural scents. The only part of our bodies we’re regularly washing are our hands. I’m talking about the utter needlessness to shower if no one’s seeing us, aside from the people we’re sharing our space with. It’s a fool-proof, masterful plan, right? Wrong. Pretty soon, whenever you bump into your housemate in the kitchen during yet another escapade to retrieve more snacks, you realise that you’re not the only one forgoing a shower unless you really need to – and that said shower is probably feeling as neglected and untouched as a middle-aged woman in a failing marriage.

We’re all on the same page here (please tell me we are) when it comes to showering. First week in, isolation was a ‘stick to routine, stay on track!!’ vibe, which we love and stan. Second week became a ‘I deserve to relax, this is an opportunity for me time!’ moment, which we also respect.

Invest in a household promise: an expectation of 2 days between bodily cleanses, max. That way, the place you’re sharing doesn’t slowly but surely start to mould and develop an odour worse than that of your collective armpit juices. <3

The TV show you’ve dedicated your day to is at its final episode of the season. You’re on the couch hooked; completely negligent to the hours flicking over and to your muscles twisting in the same curled position for the last six hours. Everything is coming to a climax in this final episode: the killer is almost revealed, the main character is about to have a breakthrough, that toxic boyfriend is about to get dumped – but all of a sudden, the scene freezes, and that little loading sign of death pops up. 10%, 55%, 99%… 99%… still 99%…yep. It’s that time again. Time to run downstairs and yell to your family: ‘WHO’S DOWNLOADING SOMETHING!!!’.

Poor internet, having to bear the god-awful weight of keeping its household harmony intact. Maybe go easy on it every now and then by cracking open a book. Honestly, there’s nothing like a technological detox every once in a while.

Thank you so much, Father, not only for waking me up every single day at 10AM, but for reiterating how vital exercise is for maintaining energy and a good mood throughout isolation! I had no idea, regardless of the fact that you tell me on a daily basis! Again, despite how delightful the thought of working out sounds, no, I will not go on a casual jog with you around the block! <3 Love you though!

And unfortunately no, Mother Dearest, as much as it may surprise you, I do not possess a desire to take up meditation OR yoga! Please, persistent parental figures, allow me to remain nestled in my bedroom, conducting my carefully constructed and well-rehearsed rotation of watching Netflix, listening to the same four albums on Spotify, and learning how to twerk. Thank you kindly.

I see you over there. How dare you. How dare you look so sexy and so mysterious in the corner of the kitchen, all day and all night. You’re tempting me. Tall, dark and handsome stranger, you are the very manifestation of the idea that those you love will hurt you the most. I’m sick of eating because I’m bored, but I can’t stop. You have such an allure. I’m not excited to roll out of quarantine like Violet from Charlie & The Chocolate Factory after she turns into a blueberry, but I understand that it’s a reality that can’t be fought. Acceptance will be the only road to moving forward from this matter.

As you scroll mindlessly for the thirty-third time this morning, you’ll probably be inundated, again, by countless updates from multiple middle-aged/elderly Facebook users who have, all of a sudden, developed a KEEN determination for posting/sharing everything that comes up in their minds and on their feeds.

But it’s not just the Gen X’s and Boomers…everybody’s guilty in their own way. You’re becoming very exposed to the fact that every scroll feels like hacking your way through a forest of SHARE A PHOTO OF YOUR GAME FACE followed by 6 unflattering photos of someone playing sport, and THERE WERE 4 PEOPLE IN A ROOM, HOW MANY PEOPLE ARE LEFT IF YOU ENTERED THE ROOM, 5 OUT OF 5 PEOPLE WILL GET THIS WRONG! Opening Instagram is its own anxiety-inducing venture, with minute-by-minute attempts to avoid a tag in a SEE 5 DO 5 push-up challenge. NO I WON’T FUCKING DO IT GEORGIA.

With all that being said, aside from these ‘minor’ pet peeves, our patience and diligence in keeping isolated is slowly starting to pay off. We have to hand it to ourselves – saving the world by staying the fuck at home has never been so easy for most of us.