interview with rachel – one of our favourite hammer & swine bartenders! 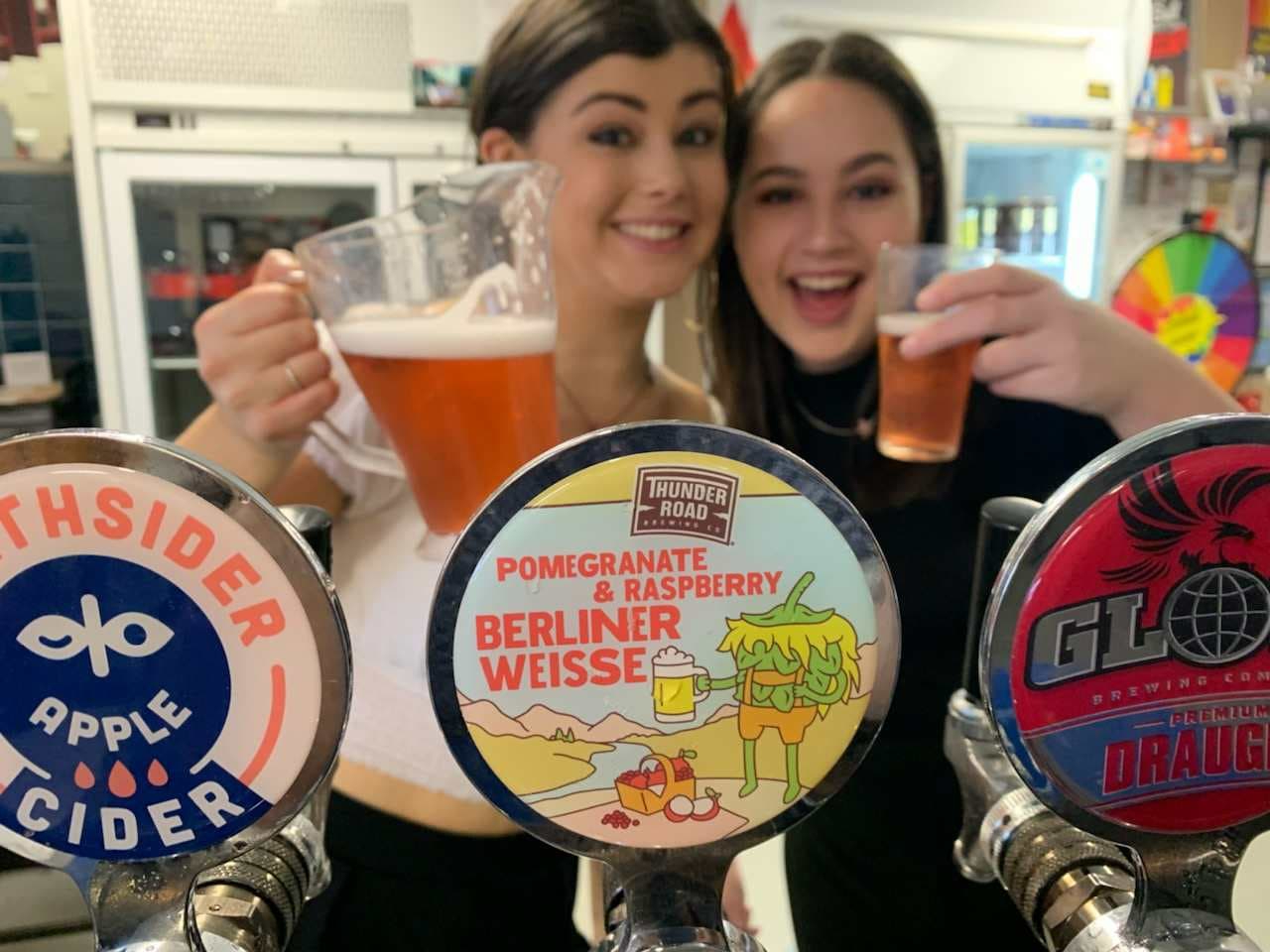 You all know her sassy, Twitter-fighting, long-sleeve-under-t-shirt-wearing self. Some of you have tried to pick her up, most of you have probably been cut off by her. It’s the OG we all love, The Rachel Lloyd-Owens of the Hammer & Swine (H&S).

Rachel took some time out of her isolation schedule last week for a cheeky chat with me.

R: I started at the beginning of 2018, so I’ve worked there for two years and a bit?

G: Wowee! So that makes you the longest standing employee!

G: And how did you get the position?

R:When I first started Uni in 2017, I lived at the H&S. Me and my friendship group always hung out there, so I became mates with one of the bartenders – shout out to Dan – throughout the course of that year. In all our conversations I’d mention how lucky he was to work there and how much I’d love a job at the campus Uni bar.

Sometime towards the end of 2017, the guy who managed the bar at the time left, which led to the era of our boy Matt Latham as bar manager. When Matt first started and was looking for staff, he made a post in StalkerSpace (for a job opening) which I saw, and instantly was so keen, so my friend Dan put in a good word for me. I was the first person interviewed, and after that I started working pretty much straight away!

G: Very nice. So, tell us about your first shift.

G: Oh my gosh, straight into the deep end!

R: Yeah, I pretty much didn’t know anything about pouring beer, didn’t know anything about cocktails, so my first shift was eventful… I remember we were right in the middle of O-week free drinks, there was a non-stop line out the door. Matt pulled me aside and quickly showed me how much head was supposed to be in a cup – and that was how I learnt! Luckily for me I’m a quick learner so I picked it up easy-peasy.

G: They say the best way to learn is just jumping straight in…

G: Since then you’ve truly blossomed into the beautiful bar wench we all know and love. In your time, you’ve definitely seen a lot at the H&S – what do you reckon have been some of the biggest or best nights?

R: Definitely the night of Harry Potter Trivia, in Semester 2, 2019. It was the same night as Matt’s going away party! I just remember it was so packed, probably the busiest night I’ve ever worked.

G: Yes!!! Izzy and I were there that night, the place was packed!

R: Yeah it was so crazy, the crowd was so thick we could barely move around to collect glasses. Everyone was having such a good time, there was a national flag being used as a beer bong… what a night.

In your time, what ways have you seen the Hammer & Swine evolve, as a business and in terms of its clientele?

R: Well I’d say when I first started there wasn’t really a culture of ‘regulars.’ Customers would come for one drink, study a bit and then we’d never see them again. It was always different people coming in and out, never any faces you’d see week after week. The events we held, like trivia, were never big. But over time I noticed that certain people and groups started making a habit of coming every Thursday night, or for lunch on a Monday, or on a Wednesday afternoon after class – people were starting to integrate it into their days, if they had a break, they’d come hang out at the Swine for a bit. And now that culture of regulars well and truly exists.

G: Yes, I love that! There are the PhD students on a Thursday, mates who come to visit you because they know when your shifts are, friends of friends who don’t even go to Swinburne, but come for a pint and a chat.

R: Exactly, some big friendship groups, sometimes just two pals, some just come by themselves to sit at the bar and chat to us while we work. Especially this year, even in the few weeks we were open before Miss Rona came to visit, there were already groups of first years being established and frequenting the place pretty regularly.

G: Students, staff, doesn’t matter; it’s such a good feeling to know Hammer & Swine is a community for everyone.

R: Yeah, it’s such a good feeling as a bartender to get excited for my shifts because I know who I’m going to be pouring beer for and chatting to all afternoon.

G: Big heart feelies. So, in saying that, what is your favourite part about your job at the Hammer & Swine?

R: Ooh, gotta be a bit cheesy and say I love the people who I work with and the customers. The vibe is always chill, everyone’s either studying or chatting with a drink, or having some down time. A Thursday night always consists of people with their mates just there to have a good time and it’s just good to see students engage and have fun.

G: A group of Swinburne students walk into the Hammer & Swine. What do they see an off-shift Rachel doing and drinking?

R: Look – I’d either be hanging around the bar having a chat or doing some work if I had any to do. I’d probably be sipping on one of our sangrias, or if we had any sour beers in, that’s my staple. Otherwise a good vodka cran goes alright.

G: If a customer wanted to piss you off, what would they do?

R: OOH… Obviously if they’re smoking in the outdoor area… I’d go off, but other than that I guess just giving me attitude, acting as if they know more about my job than me, like little comments on how I’m making a drink – grrr. You wouldn’t do that at a nightclub. Don’t forget I have control of whether you get to drink or not 🙂

G: A hundred percent – you heard it here first folks. Alrighty, I think we’re pretty much done – any last words before this Q&A comes to a close?

R: One thing I will say is, treat bar staff nicely! If you fail to do so, rest assured that you’ll be all the bar staff talk about 🙂